Start the new year with a spiritual and mesmerizing tour of Tamil Nadu. With the most magnificent temples, splendid beaches, immaculate architecture, waterfalls, museums and more, this trip is a must-do for every young-at-heart!

Note : Flight charges extra. We can book the flight/railway tickets for you at actual cost.

In the evening, visit Gandha Madhava parvatam and Hanuman temple

After breakfast proceed to Kanyakumari and check into the hotel. In the evening, visit the Kanyakumari temple and Vivekananda rocks.

Proceed to Thiruvananthapuram. Visit Padmanabha temple and Ganesh temple. In the evening, visit the Attukal temple

After breakfast if interested can visit shopping area. After lunch proceed to airport/railway station.

The southern part of India is blessed with immense beauty, which includes lush greenery, marvelous architecture, enchanting music and unique dance forms. It is considered as a hub of the most admired destination in the world.
Some of the mesmerising destination of South India are Kanyakumari, Rameshwaram, Madurai,Trivandrum etc

Madurai is in Tamilnadu state.The city has a large number of temples. Meenakshi Amman temple and Kailazhagar temple are the most famous temples..

This temple is a Hindu temple dedicated to Parvati known as Meenakshi(fish eyed Goddess) and her consort Shiva named as Sundareswarar(the beautiful lord).It is said that Lord Sundareswarar appeared here to marry Meenakshi.
The architecture and intricate carving is mesmerising The temple has 4 huge beautifully carved towers facing North, South, East and West.

Kailazhagar temple is nearly 3000 year old The temple is situated at the foot of the Algar hills dedicated to Lord Vishnu.The temple is built on extensive area in a very picturesque spot.The whole temple is constructed in dravidian style.There is a natural spring on the hill where pilgrims take bath.
The temple has several statues of Lord Vishnu in different postures. There is a brass plate on which if a person stands he can see the temple tower.The belief is any wish made standing here is fulfilled.

Raamanathswamy temple is one of the most famous temple dedicated to Lord Shiva built in 12th century by Pandya Dynasty.
It seems Lord Rama and Devi Sita worshipped Lord Shiva here as a part of penance for “Brahmahatya”——Killing of brahman. There are two lingas in the temple RAMALINGAM built by sand by devi Sita and VISHWALINGAM brought by Lord Hanuman from Kailasha and installed by Lord Rama.
The biggest attraction is the longest corridor.It is beautifully carved and considered as the biggest corridor among all the temples in India.

The Southern most tip of Rameswaram is known as Dhanushkodi. The only temple existing after 1964 cyclone is Kothandaswamy temple.The temple has deities of Sri Rama, Lakshmana,Sita,Hanuman and Vibhisana. It is the place where Sri Rama constructed the causeway to reach Lanka.
The beautiful beach of Dhanushkodi has panoramic view, water is very shallow with slow tides. The view of sunset is mesmerizing.

Kanyakumari is in the southernmost tip of peninsular India. The name comes from the Devi Kanyakumari temple in the region.This city is popular for watching sunrise and sunset over the ocean. It is also noted pilgrimage site.

Kanyakumari temple is located at the shore on the confluence of Bay of Bengal,Indian ocean and Arabian sea.This temple is one of the 51 shakti peethas.The deity in this temple is Shree Bhagavati in the form of an adolescent girl child.an aspect of Parvati.She has a diamond nose ring stories say that many ships mistook it as light house and dashed to the rocks.
The artifacts, statues and pillars are all carved out of monolithic stones.The architecture is beautiful.

Vivekananda Rock was built in 1970 in honor of swami Vivekananda.People believe that Swamy Vivekananda swam to this small rocky island and meditated here in his quest of enlightenment. A ferry is used to reach the memorial. A huge rock carved of Vivekananda statue can be seen from the shore.
The memorial consists of two main structures.The Vivekananda mandapam and Sripada mandapam. A meditation hall is provided for visitors to meditate. It is a major tourist attraction.

Padmanabha swamy temple is located in Kerala. The temple is built in an inticrate fusion of indigenous Kerala and Dravidian style of architecture.
The main deity is Lord Vishnu in” Anantha Shayanam ” posture, the eternal yogic sleep on the serpent “Adisheshan”. The serpent has 5 hoods facing inwards signifying contemplation. The Lord’s right hand is placed on Shiva lingam. Sridevi the Goddess of prosperity and Bhudevi the Goddess of earth, two consorts of Vishnu are by his side. Lord Bramhall emerges on a lotus which emanates from the naval of the Lord. The deity is made up of 12000 shaligrams. The deity shri Padmanabha is covered with “katusakara yogam” a special ayurvedic cream which keeps the deity clean.
The temple is famous for having 6 valuable vaults.The vaults are named as A,B,C,D,E and F.Except vault B all the other vaults are opened 8 times in a year. It is said that vault B can only be opened by chanting mantra properly by a saadhu otherwise mighty serpents guarding the door will wreck havoc on those who try to open the door.

Trivandrum is the capital of Kerala and a major tourist centre. It is famous for Padmanabha swamy temple, the beaches of Kovalam and Varkala. Trivandrum is also famous for backwater of Poovar and Anchuthengu and the Western ghats tracts of Ponmudi and Agastyamala.
The city is ranked as one of the best cities to live in India. 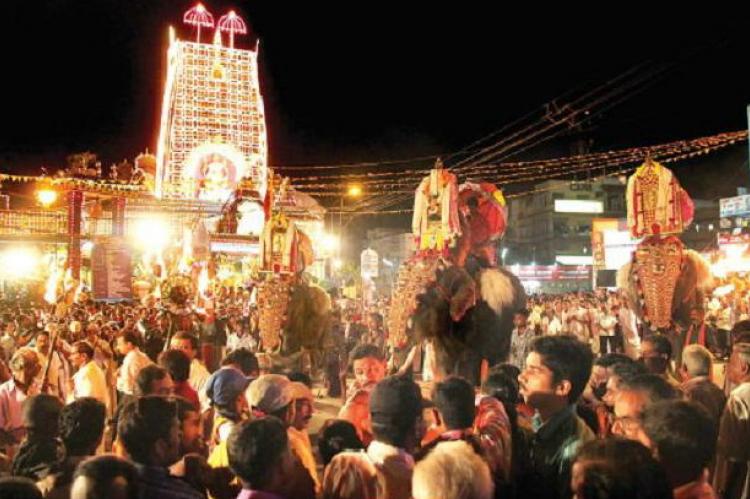 The Pazavangadi Ganapati temple is one of the most famous temple of Lord Ganapati situated in the heart of Trivandrum city.The main idol is installed in a seated posture with right leg in folded state. The temple sculpture include 32 different forms of Lord Ganesha.
The main offering to the temple is breaking of coconut for removing obstacles and fulfilment of any desire.
The main festivals celebrated here are Ganesh Chaturthi,Ganesh Jayanti and Varad Chaturthi.

Gift a great vacation to someone you love. We customize vacations for 50+ senior citizens. Every new place visited and new friends will be a new experience they cherish. So why wait to make someone feel loved select one of our vacations